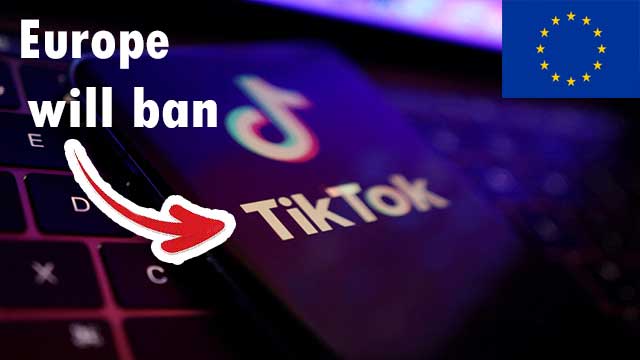 TikTok is currently the most popular app, especially among younger audiences. There is no doubt that it is easy to use, but to get the most out of it, it doesn't hurt to know some tricks. In fact, its dominant position in the market has led to competition with Google even in search, which was unimaginable in the past. However, not everything shines. According to reports from Gizmochina, the app is facing a ban in 27 countries by the European Union. The problem seems to be specifically related to the Digital Services Act (DSA) and user privacy.

TikTok's CEO Shou Zi Chew received a warning from the European Commission in a recent video call. Commissioner Thierry Breton wanted to make it clear that the European Union will use all means available to protect its citizens' privacy, and if necessary, will ban the use of TikTok in the European region. All this is if the app's officials do not comply with the regulations and guidelines of the Digital Services Act of the living entity.

The DSA law began in November 2022, considered a standard for regulating content and basic systems on the internet. The law provides ways to regulate digital services, including user privacy and content moderation. It is unclear whether TikTok will be able to meet the requirements of the DSA, which could lead to a ban in the European Union.