Hacking the website of the Danish Central Bank and other banks 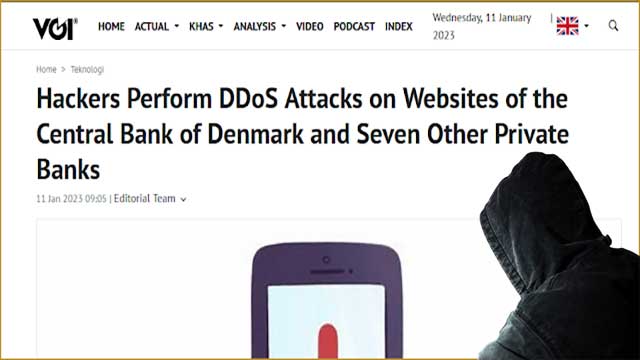 The pace of cyber-attacks has accelerated since the beginning of the Russian-Ukrainian war, and the allies have become accusing themselves of attacking the opponent and his allies in any way, whether by a denial-of-service attack or ransomware to encrypt files or steal, leak, or exploit data.

In successive cyber attacks launched this week, the websites of the Danish Central Bank and seven of the largest private banks in Denmark were downed. Bankdata, which provides information technology solutions for financial services in Denmark, was also affected.

A Bankdata spokesperson said that access to the websites of seven private banks was restricted for a period on Tuesday after the DDoS attack. The affected banks include two of Denmark's largest banks, Jyske Bank and Sydbank. The internet was restricted on Tuesday, while no official from Jyske Bank has yet to comment.