Beware...this fake app exploits users in the name of CHATGPT 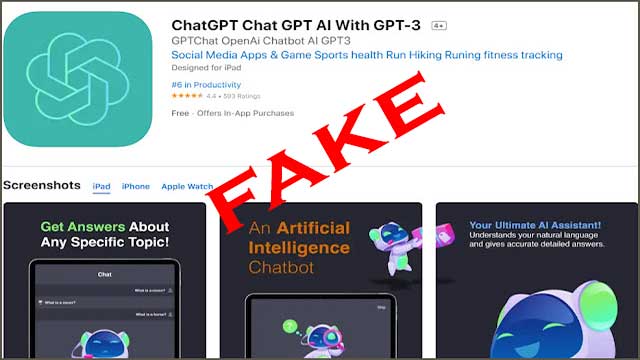 ChatGPT is a revolution in the world of technology, but for now, it is only in the web version, with open and free access for everyone.

The fact is that an unofficial ChatGPT application has now been born in the App Store, an application called "ChatGPT Chat GPT AI With GPT-3", which charges Apple users a fee.

Commenting on it at MacRumors, they say the app can be confused with OpenAI's ChatGPT, but it has nothing to do with the creators of ChatGPT. The app rose to the fifth most downloaded app in the productivity section of the App Store.

According to the report, this fake and dubious ChatGPT app charges users $7.99 for a weekly subscription and offers an AI-powered chat service that is far from what the official ChatGPT app offers.

The app claims to be number one in more than 100 countries. However, in the app description section of the App Store, it acknowledges that it is, in fact, an unofficial version of the web-based ChatGPT.

These are just a few examples of things that can appear to exploit ChatGPT's popularity, so it's clearly a useless app, and it's a pity that they decided to give it the same name as the popular chatbot at the moment.