The US state of Georgia is banning Tiktok 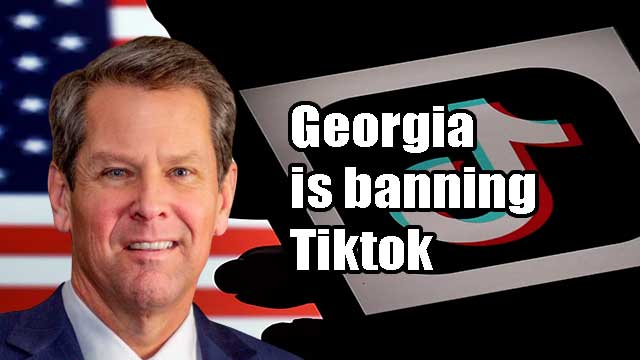 The problems of TikTok and Telegram do not stop in the United States. For years, these requests have been the subject of investigations in the North American country because of the risks they pose to national security. In fact, it was revealed a couple of days ago that lawmakers in the United States introduced a bill to ban TikTok, adding to the recent accusations of espionage by the FBI that the social network has received.

Well, it seems that the future of TikTok, WeChat, and Telegram in the US is not very encouraging. Georgia just banned the use of these apps on government-owned devices, becoming the 11th US state to ban TikTok.

Brian Kemp, the governor of Georgia, was responsible for disclosing the ban on TikTok, Telegram, and WeChat on devices belonging to state government agencies. This applies to schools, universities, transportation departments, and state police, among other institutions. Kemp points out that the Chinese and Russian owners of these apps could use them to access personal information and undermine American sovereignty.

Similarly, Georgia's governor also states that the country has implemented this ban with a duty to protect government data deemed valuable to foreign adversaries such as the Chinese Communist Party. However, Andrew Eisenhower, a spokesman for Georgia's governor, points out that law enforcement agencies and prosecutors will be able to use these apps to conduct investigations with special permits.