Quickly delete these apps from your phone 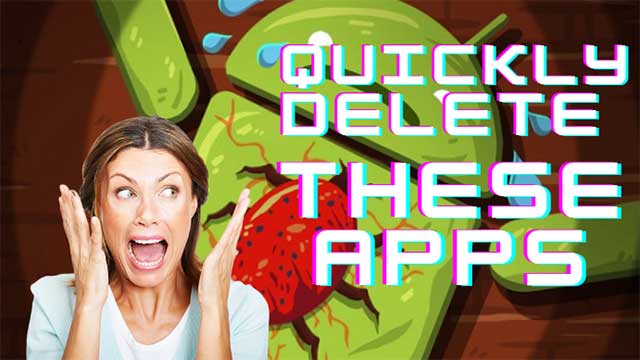 The Google Play Store has been hit again by a series of applications that seek to steal the information of users who trust them. All of these were camouflaged to generate some confidence, and it worked, as it has been downloaded by over two million people. But this is nothing new because a few weeks ago we were talking about a similar alert.

This new set of applications was discovered by Dr. Antivirus, as he reports that the vast majority of them are advertised as utilities and also as OS optimization applications. In the end, there are two apps that are very popular among Android users.

Among these apps, TubeBox app stands out and is still available in the Google Play Store for the time being. Specifically, this app offers different rewards for watching videos and ads in the app, but in the end, you will be a victim of stealing your data and filling your phone with ads.

This is really common across all detected apps, as it gets triggered to run Firebase Cloud messaging commands in the background and load certain websites to generate ad impressions without you even noticing. In this way, they use the users to be able to get an economic return. That is why we are facing a series of malicious adware applications, which are as follows:

But in addition to these adware applications, other loan scam options claiming to have a direct relationship with Russian banks and investment groups have also been found. These promise various benefits and are in fact completely bogus causing you to rip off.

In this case, in order to protect yourself from all fraudulent applications, it is important to check the reviews received as well as the privacy policy. You should always be wary of those unknown apps, especially those that offer rewards for nothing.