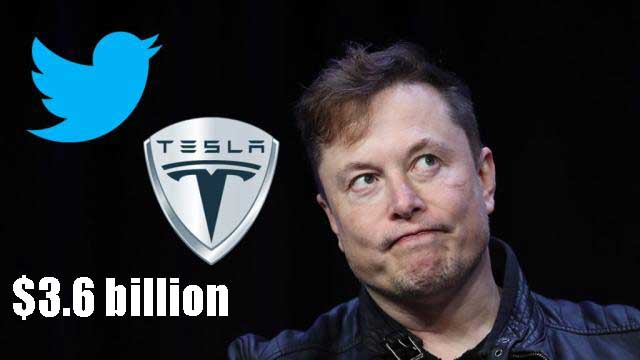 Elon Musk was forced to sell nearly $3.6 billion in shares of Tesla, who is the CEO and founder, according to a document published last Wednesday by the Securities and Exchange Commission, the US market regulator. This package has been selling for the past three days for between $156 and $176 per share.

According to the Wall Street Journal, the South African businessman has sold more than $39 billion in Tesla shares since November 2021. This is Elon Musk's second-largest share sale since he acquired Twitter for $44 billion in October.

He has no other choice. The Twitter boss, who still owns about $66 billion in Tesla shares, is trying to balance Twitter accounts, which are still running a massive deficit after a significant drop in advertising revenue.

With that scenario and in view of negotiating a dreaded bankruptcy, Musk applies scraps where he can: He stopped paying rent for some of his offices, fired half of the company's employees — a good portion of those who stayed quit as well — all so he could face Twitter's massive debt.

Tesla investors are worried. As reported by the Wall Street Journal, they believe Musk is too focused on Twitter and forgets to spend time with the electric car company. He has continued to sell bundles of shares despite repeatedly stressing that he will not.