A bill to ban Tiktok in America 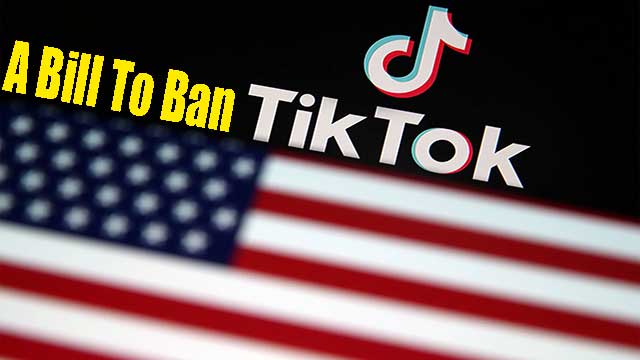 It seems that what the FBI director said about TikTok and its possible spying on its users was just a prelude to what is to come. Recently, lawmakers in the United States have looked into the matter, and are now introducing an actual bill to ban the app in their country.

This is another step forward to keep the influence of the Chinese app away from the citizens of the United States. The reason for their motives, most likely, is due to political reasons, although the United States always responds that it cares about national security.

It's no secret that the rivalry between China and the United States has been going on for decades. Indeed, espionage maneuvers on both sides are putting their political leaders on alert. TikTok has been accused of this on many occasions by Americans.

Regarding this issue, the United States decided to move forward, and although it knows 100 million users in its territory use TikTok, it remains steadfast in its commitment to permanently restrict the application.

This law preceded the reactions of several countries in the United States. Texas, Maryland, South Dakota, Alabama, and Utah do not allow downloading the TikTok application to users' devices, and this is punishable by law. The latter two states had joined in this veto.

The Chinese company ByteDance responded in this regard, saying that "the ban for political motives will do nothing to enhance the national security of the United States." Despite this, lawmakers continue to move toward a possible future law whereby TikTok will disappear from US soil permanently.