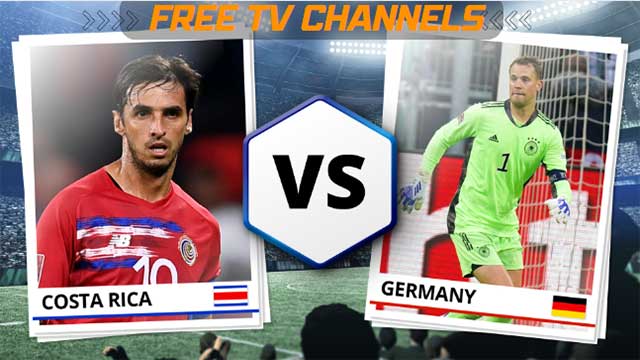 Germany will conclude its campaign in the 2022 World Cup group stage against Costa Rica today, Thursday.

The Manshafts enter their third match in the first round, occupying last place in the fifth group standings, with one point.

The German national team needs to win with the loss of Japan at the hands of Spain at the same time, or to score a wide victory that exceeds the goal difference with either team if they are equal on points.

The 2018 World Cup in Russia witnessed the elimination of the German national team from the first round, after it started the tournament, defending its crowned title in 2014.

And the men of German coach Joachim Loew at the time could not taste victory in the group except once, while they suffered a loss twice.

Those three points were not enough for the Manchafts to pass to the next round, to bid farewell to the tournament early.

And the Germans are about to repeat the disastrous version in 2018 in the World Cup in Qatar, through the second consecutive elimination from the group stage.

In the event that this happens, the German national team will bid farewell to the World Cup from the group stage in two consecutive editions for the first time in its history, which means that the Germans will enter the dark tunnel for at least the last 4 years.

How do you survive?

The German national team is in urgent need of a victory and nothing else, in order to maintain its chances of qualifying, otherwise, it will be deposited in the tournament, bottom of the fifth group ranking, whether in a tie or a loss.

Victory will not be enough if Japan defeats Spain, as coach Hans Flick's men will be required to score as many goals as possible to make up for the difference with Spain.

Also, the draw between Japan and Spain will involve Germany in complex calculations related to its chances of qualifying for the next round.

Thus, the victory of Germany by a wide score will facilitate the task of qualification, unless he gets a Spanish gift represented in overthrowing Japan.