WhatsApp is planning to add a Voice Status feature 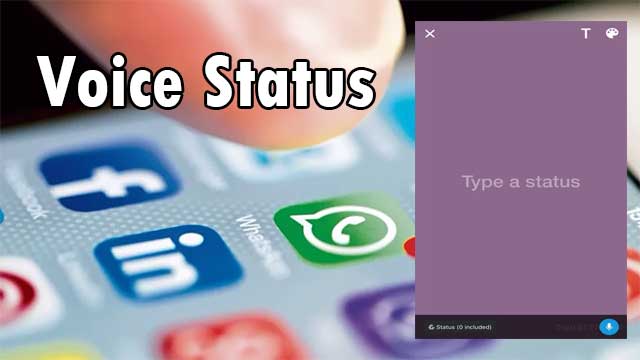 WhatsApp is planning to integrate the Voice Status feature, which will basically allow you to post the audio as a status. This is part of the iOS version of the Meta-owned messaging app and has been previously spotted on WhatsApp beta for Android as well.

This audio status will have a microphone icon in the bottom right corner, thus, acting as a divider between the normal and audio states. You can check it out to get a better idea.

The report reveals that you will be able to post a voice note of up to 30 seconds with text. Voice Statuses will be encrypted between the two parties and will be shown to the people you choose based on your privacy settings.

The site indicated that, because the feature is still under development, it was not able to display what the voice status would look like in iOS, although it might look similar to what happens in the Android version.