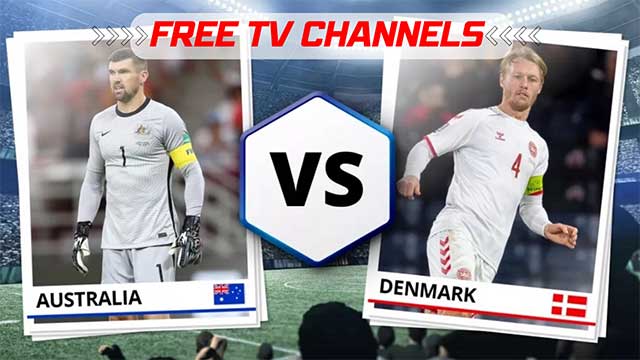 The Australian national team aspires to achieve a long-awaited dream of 16 years, to qualify for the World Cup final prize when it faces Denmark, Wednesday, in the third (last) round of Group D in the Qatar 2022 World Cup.

And France (the defending champion) reserved the first place in the group for the knockout rounds, since the last round, so the struggle for the other seat took place between “Australia, Denmark, and Tunisia.”

The kangaroo, which is participating in the World Cup for the sixth time in its history and the fifth in a row, has the best chance of qualifying for the knockout stage, accompanied by the (roosters), as it currently occupies second place with 3 points, two points ahead of Denmark and Tunisia.

Obtaining the three points will be sufficient for the Asian team to qualify for the knockout stages for the second time in its history, after achieving the same achievement in the 2006 edition in Germany, regardless of the outcome of the other meeting between Tunisia and France.

And the Australian team will have 6 points in that case, while the balance of the Denmark national team, which is recording its sixth appearance in the World Cup, will be frozen at a single point.

It is possible for the Asian team, which has so far scored two goals and conceded four goals in its campaign in the group, to the next round if it is tied with its Danish counterpart, provided that Tunisia loses or draws against France.

In the event of a tie and victory for Tunisia, the nomination paper will go to the Carthage Eagles, as both teams will have an equal score of 4 points, and the goal difference will be in favor of the Arab team.

For its part, the Danish national team will be required to win the round of 16 for the fifth time in its history, and the second in a row in the World Cup, and await the outcome of the other meeting between Tunisia and France.

The European team officially ascends if it wins and Tunisia falters in the other match, but the goal difference will be the decisive factor between the two teams if they win, as they will be equal at 4 points, in that case.

The Australian national team overcame the shock of its severe loss 1-4 against France in the opening round of the group, after defeating Tunisia 1-0 in the second round, last Saturday, to achieve its third victory during the 18 matches he played in his World Cup career, which began in 1974.

For his part, the Danish national team did not present the performances that were expected of it in the tournament, as it started its campaign in the group with a goalless draw with Tunisia, before losing 1-2 to its French counterpart in the second round.

Observers were expecting him to appear at a better level, especially after he reached the semi-finals of the European Nations Cup (Euro 2020), which was held in the summer of last year.

This will be the second confrontation between Australia and Denmark in the World Cup after they had previously met in the group stage of the last edition in Russia 4 years ago, where a 1-1 tie imposed itself on the meeting.

Watch the match Australia vs Denmark on free TV channels