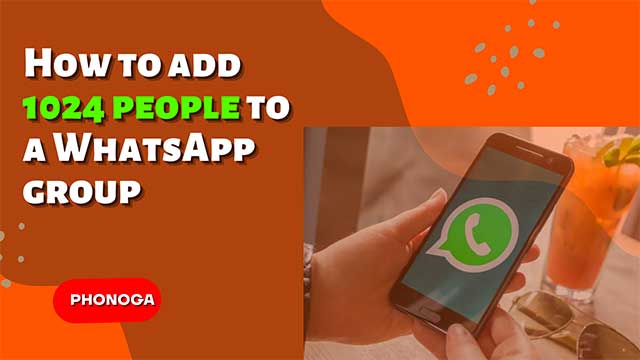 After announcing WhatsApp Premium, an optional subscription plan for some companies, WhatsApp is now launching another important feature this week in beta for Android and iOS which is the ability to add up to 1024 participants to groups, available to some lucky beta testers now.

we published news about a new feature available to beta testers which is the ability to add up to 512 people to groups: thanks to this feature, users can finally create larger groups than before. Now, WhatsApp has decided to increase the group limit again by supporting groups of up to 1,024 people this week.

As you can see in this screenshot, this feature is available in WhatsApp beta for Android and iOS but is limited to an unspecified number of beta testers.

If you want to check if the feature is available for your WhatsApp account, just try creating a group or adding new participants to an existing one.

In our opinion, this is a very important step forward since subgroups of communities support the same new limit and WhatsApp is also developing new tools to give admins more control over these larger groups in the future, such as the list of suspended participants and the consent system.