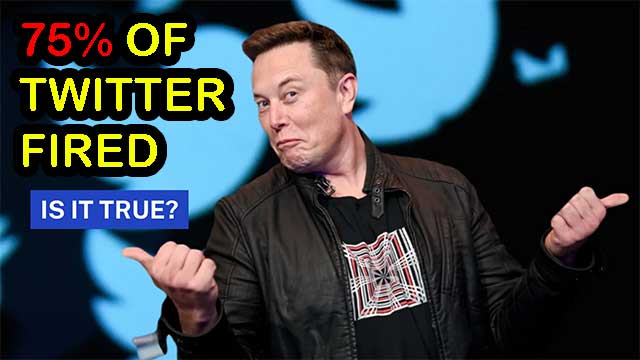 Twitter's purchase by Elon Musk continues to fetch the tail, and while it appears to be on track and on the cusp of the shutdown, employees expect "chaos".

Two days ago, there was a disturbing rumor that Elon Musk had informed investors of his intention to fire nearly 75% of Twitter employees.

In addition, the US media also warns that there will be significant cuts in the company, whether the purchase of Elon Musk is completed or not.

Twitter has come out to remove these rumors and reassure its employees.

As NBC News noted, the company told its employees not to believe rumors about these mass firings.

Sean Edgett, Twitter's general counsel, explained in an email sent to his staff last Thursday that all of these leaked documents may not be true and we'll have to wait to learn all the information.

“Keep in mind that as we get closer to closing the deal, there will continue to be a lot of public rumors and speculation,” Edgett wrote in the email.

“First, we have no confirmation of the buyer’s plans to follow up closely and recommend not to pursue the rumors or leaked documents, but await the facts from us and the buyer directly,” Edgegate continues in the email.

Edgette also explains that there were "specific discussions and planning for cost savings" earlier in the year, but those discussions stalled when Twitter and Elon Musk signed the deal. He adds that there have been no company-wide layoffs since then.