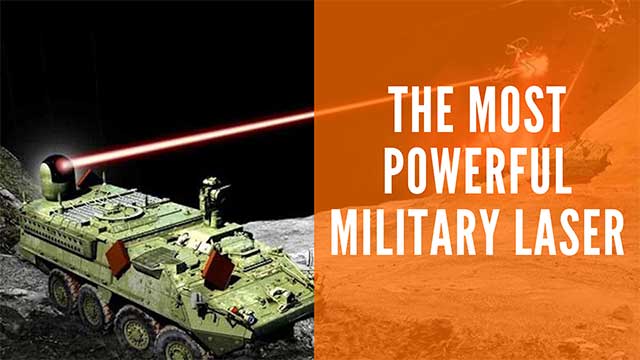 Lockheed Martin is one of the world's leading security and aerospace companies, and has two military contracts with the US Army and its allies.

With a strong focus on defense, the company has already developed the Helios laser weapon, which has recently begun to be deployed on US Army Navy ships.

The defense company has now developed a 300-kilowatt electric laser, the most powerful laser that Lockheed Martin has produced to date, they announced in a statement.

The weapon was delivered to the US Under Secretary of Defense for Research and Engineering (R&E), which reports to the Pentagon, as part of a contract signed in 2019 under the High Energy Laser Scaling Initiative (HELSI).

However, it is not the only company involved in developing these high-tech weapons, as Boeing also manufactures another 300 kW laser weapon. Here is a contract with the United States that also includes General Atomics Electromagnetic Systems.

Back at Lockheed Martin, its contracting career has already come a long way, like the most expensive military agreement in history with the United States, to purchase aircraft based on the F-22 Raptor supersonic fighter.

In return, it was also able to sell the F-35 fleet to the US, UK and allies, albeit not without some controversy. A South Carolina district court has already sued Lockheed Martin, Collins Aerospace and Teledyne Technologies over its F-16s, after a US pilot was killed after his ejection chair failed, presumably due to a malfunction in electronic devices.

Finally, Lockheed Martin is also immersed in the Ukraine war, through the United States and its allies, designing and developing the Javelin anti-tank guided missile, the biggest enemy of the Russian T-72 and T-90 tanks.