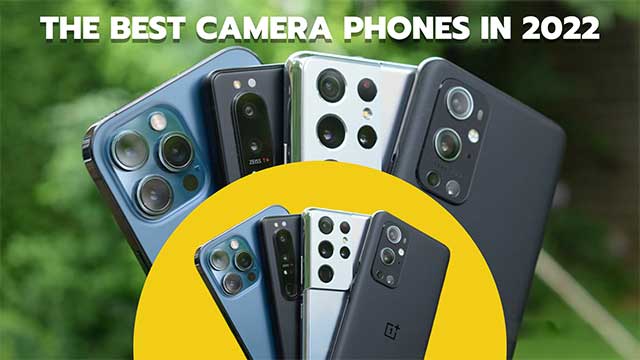 Cameras have become one of the most important and interesting elements in smartphones. Some people tend to buy camera phones with high-end specifications regardless of whether the phones are in the mid-range or the flagship, but any company that risks manufacturing a leading device with a low-quality camera will surely make the worst sales this year.

For this reason, phone manufacturers compete to supply their devices with advanced cameras and make sure that they get the highest rating from the DXOMARK phone camera evaluation site.

The site tests and records mobile phone cameras, screens, audio, and batteries according to how they perform. Today in this article, we review the top 5 phones with the highest DxOMark score based on camera performance.

The new Honor Magic 4 Ultimate phone topped the list of the 5 best phones for professional photography and is considered the company's best flagship phone, with a score of 147 points, 4 points ahead of the Huawei Mate 50 Pro.

Although the HUAWEI Mate 50 Pro could not take the lead, it still shines in many camera features. However, Huawei has not yet released a camera update.

Although the three phones ranked third in the list of the best phones for photography, they have their strengths and weaknesses when taking photos and shooting videos. You can see this clearly in the detailed list below.

The Huawei Mate 40 pro+ was the king of the camera for 2020. But this year it slipped from number one to number four.