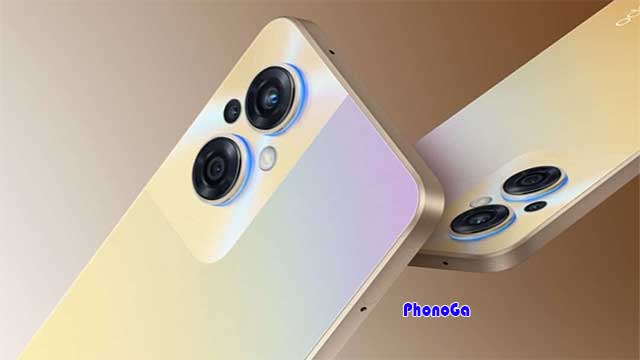 Yesterday witnessed the passage of the Oppo Reno 8Z 5G phone through the performance test platform “Geekbench”, which confirmed that the phone will be powered by the Snapdragon 695 chipset. Now, American blogger Evan Blass (evleaks) gives us a closer look at the design of the phone In what appears to be an official marketing image.

This is the Reno 8 Z 5G; look familiar? It should - just like Oppo brought the Reno 7 Lite to global markets as the Reno 8 Lite, so seems to be the case with the Reno 7/8 Z 5G. pic.twitter.com/nUlEpmofcd

We can see that the Oppo Reno 8 Z5G features a triple rear camera within a rectangular design with a glossy finish, which contrasts with the matte finish of the rest of the back. According to Evan Blass, the Reno8 Z 5G will be nothing more than a rebranding of the Reno7 Z 5G for global markets.

Interestingly, Oppo has already released the Reno8 Lite which shares the same specs as the Reno7 Z 5G. We also have Reno7 Lite and Oppo F21 Pro 5G with exactly the same hardware and design as the two models mentioned above which means Oppo will launch a fifth phone - Reno8 Z 5G with the same specs.

The upcoming OPPO phone with model number CPH2457 has been listed on the Geekbench performance testing platform. And this model number was confirmed to be OPPO Reno 8Z previously. The Reno 8Z 5G will be powered by an octa-core Snapdragon 695 chipset with six cores and two cores clocked at 2.21GHz which is the same as what we saw in the Reno 7Z 5G. It will carry an Adreno 619 GPU.

The listing says the device will come with 8GB of RAM, but we can expect more RAM and storage options for the phone. The device will be running the Android 12 operating system, which will be based on ColorOS 12. The Reno 8Z scored 687 and 1920 points in the single and multi-core tests, respectively.