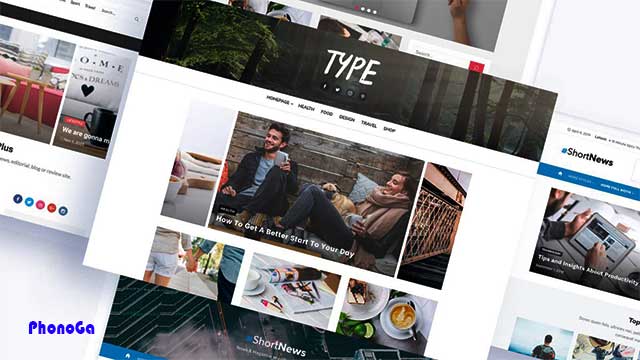 WordPress Theme Team contributors came up with several ideas to improve the visibility of block themes on WordPress.org seven weeks ago. These included the ability to tweak the popular themes algorithm to highlight block themes even more, and/or add a new "Block" menu item next to Popular and Latest on the homepage.

Because only editor-compatible themes on the site provide access to everything WordPress has to offer in the new block paradigm, the directory is struggling to grow. Despite this, the 94 available block themes represent less than 1% of the 9,761 themes in the directory.

It's an interesting time in WordPress history because the theme a user chooses can severely limit their ability to use the most recent WordPress features. This is why some contributors advocate for greater visibility of block themes in the directory. This has a direct impact on FSE adoption and thus its improvement, as users are the conduit for higher quality feedback that will shape its future in WordPress.

Following a recommendation from lead WordPress developer Dion Hulse that redoing the front page of the directory would probably be the best way to resolve the needs communicated in the ticket, the ticket went silent after five weeks. The debate was reignited two weeks ago when WordPress theme developer and theme team contributor Dumitru Brinzan expressed strong opposition to the idea of promoting block themes:

It contradicts everything that has been said about the role of themes in the last ten years. There have been numerous instances in the past where a new tab with themes, a different algorithm, a different order, and a different X, Y, and Z have been appropriated. Every time, the topic's authors heard the same song: it is not the role of.org to promote or market a specific product. It is not.org's responsibility to make the theme repository look like the plugin repository. The logical request to remove the twenty default themes from the Popular tab was met with deafening silence. But now there's a new shiny toy (that's not even ready or desired by the general public). And suddenly, people who have a vested interest in having their themes highlighted are pushing this "new" idea. It's a slap in the face to the hundreds (if not thousands) of theme authors who have already contributed to.org.

Sarah Norris, an Automattic Sponsored Themes team contributor, submitted a PR that adds a "Block" tab to the theme directory's filter list. It filters themes using the full site edit tag, which is currently buried in three clicks for those who understand how to use the filter.

source: PR to add block tab to filter the list

"These types of themes are more commonly referred to as block themes," Norris explained. "By adding this tag, we are reducing confusion between these terms and clarifying how to filter the directory by block themes."

Hulse concluded that public relations was "the easiest route here, having the most impact today," but questioned whether the term "blocking" was appropriate.

Another participant in the discussion, Christian Zumbrunnen, suggested that classic themes be given a label, such as "Classic," which could be changed to "Deprecated" in the future.

"Also, why would my non-FSE themes for the block editor be relegated to the 'classic themes' category?" Brinzan explained. "Why do you prefer ESF themes while classifying them as 'block' themes?" My classic themes complement blocks perfectly. Why add to the confusion under the guise of making things "easier and clearer"?

The distinction here is that, while most themes now include content block editor support, very few include full block-based site editor support. Brinzan contends that contributors should strive to improve the theme browsing/filtering experience and create a more efficient search:

The entire repertoire must be improved. It's not right (or fair) to prioritize one type of theme over another when many of them aren't even ready for production.

It is pointless to direct all WordPress users to an unfinished and clumsy product. WordPress is not known for its slick user interface, which will exacerbate the situation. WordPress users are not being used as test subjects to impose Gutenberg and FSE at every turn. Allow this process to run its course.

WordPress theme developers must update their themes to be FSE compatible in order to remain relevant in the new era of using blocks to modify all aspects of a WordPress site. Themes that do not support the full breadth of platform functionality quickly become relics of a bygone era of WordPress themes.

Hendrik Luehrsen agreed that full site editing themes should be more easily accessible, but wondered how to do so without "downgrading the rest of the themes or creating an Osborne effect." This belief, based on the failure of Osborne Computer Corporation, is especially relevant in consumer electronics, where the premature announcement of the imminent release of a technologically superior product can harm sales of existing products.

The Osborne Effect may not apply in this case because WordPress has already shipped FSE to those who wish to use it, and Block Themes, the successor to legacy WordPress themes, is already available.

Contributor to the Automattic Sponsored Themes Team Jeffrey Pearce urged contributors to reach consensus and reminded them that the solution could always be iterated on later.

"It's important to emphasize that block themes can only improve with more exposure and use, which appears to be what most people here agree on," Pearce said. "Instead of the current filtering approach, the solutions in this ticket seek to improve the discoverability of block themes rather than demote classic themes."