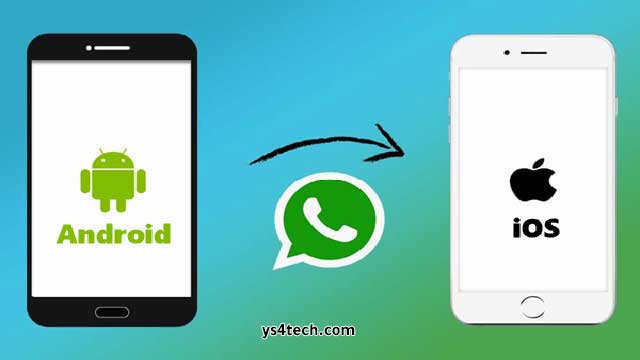 WhatsApp has finally delivered on its promise to allow you to transfer your chat history from an Android phone to an iPhone, including photos, videos, and voice messages.

Previously, iPhone owners could transfer their chats from an iPhone to a few Samsung Galaxy phones in August 2021, and this was expanded to Google's Pixel 6 and 6 Pro in October.

However, in addition to being able to switch from iOS to any Android phone (running Android 5 or later), you can now transfer your WhatsApp backup in the opposite direction, from Android to iPhone, beginning July 20, 2022.

However, it is only now that you are able to do so. WhatsApp tweeted to confirm that the feature is now available to all users:

A new way to keep the chats that mean the most 📱📲 Today, you’ll have the ability to transfer your entire chat history from Android to iOS and vice versa. Now you have the freedom to switch to and from your preferred devices.

If you've been waiting for this feature, keep in mind that it uses Apple's Move to iOS app. Your contacts, iMessage history, camera photos and videos, web bookmarks, email accounts, and calendars will also be migrated.

The Move to iOS app requires a factory reset iPhone or a brand new iPhone running iOS 15.5 or later.

It is not possible to transfer WhatsApp conversations to an iPhone that is already in use. Furthermore, if you previously used WhatsApp on an iPhone and have an existing chat backup, there is no way to merge it with the backup from Android: all you'll get when you use the Move to iOS app is your Android phone's chat history.