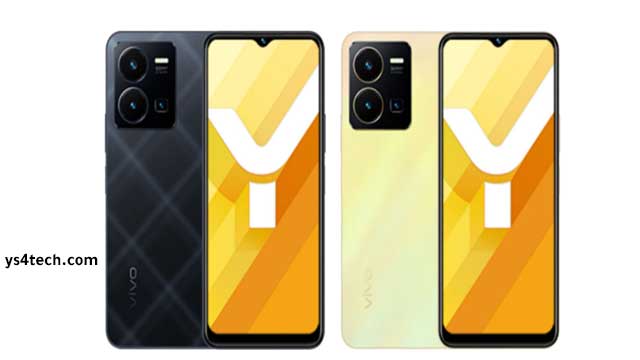 Vivo is preparing to launch its new Vivo Y35 phone, as it previously appeared in many leaks, and today it appeared in a new leak that reveals additional details about the phone's design and specifications.

The Vivo Y35 was previously spotted on several certification sites with model number V2250, which list includes Indonesia Telecom, Geekbench, TKDN, and EEC, all of which indicate the phone is about to be announced.

Tipster Sudhanshu has leaked new images of the Vivo Y35 along with the full specifications of the phone.

According to the leaks, the device will come with a 6.58-inch LCD screen with FHD + resolution, in addition, the leak mentioned that the phone will have a fingerprint sensor on the side.

In terms of cameras, the phone will have a triple-lens rear camera, where the main camera comes with a resolution of 50 megapixels, and two lenses of 2 megapixels for depth and macro, in addition to that, it will come with a 16-megapixel front camera.

It will be powered by a Qualcomm Snapdragon 680 processor, and in terms of storage, it will come with 8GB of RAM and 256GB of internal storage.

The leak also indicated that the phone will contain a 5000 mAh battery with 10W charging support, the phone will run Android 12, and will have Bluetooth 5.2 and dual-band WiFi.